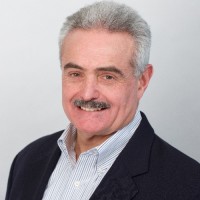 Written by James Tabacchi
December 02, 2020
South Street Securities, a US specialist in securities finance platform focused on hard-to-borrows, has expanded its securities lending team with two new hires, Frank Giusti and Doug Wilkinson.
The New York-based firm has been in the securities finance market since 2004 and the business is headed by Tony Venditti, managing director and head of equity finance.

Giusti, has been hired as a director to focus on equity finance and securities lending matched book trading. He has 12 years of industry experience and joins from Societe Generale, where he managed its hard-to-borrow specials book.

He also worked out of London in their Europe, the Middle East and Africa office by providing coverage on US treasuries and French and German government bonds.

Giusti took on his first junior trading role in 2008 on the securities lending desk at Newedge, where he specialised in stock loan and the equity finance space for four years.

Meanwhile, Doug Wilkinson has been appointed as vice president and will focus on operations for securities lending.

Wilkinson joins from Cantor Fitzgerald where he served as vice president from 2017 to 2020. He oversaw the daily operations of securities lending that included collateral, settlements, trade bookings, billing, recalls and daily balancing. He also worked closely with the sales desk to stream functions within the groups.

Prior to that, Wilkinson was a securities associate director for securities lending at UBS for seven years.

Wilkinson began his finance career in 1996 at Morgan Stanley Trust where he spent two years, followed by a year in securities lending at Smith Barney.

South Street Securities is an established and well capitalized player in the securities finance business since 2004, which prides itself on its strong operational and technology platform and teams. Our Equity Finance Team has the perfect combination of skill, knowledge, technology, and abundant relationships that could help service all your short covering and financing needs.